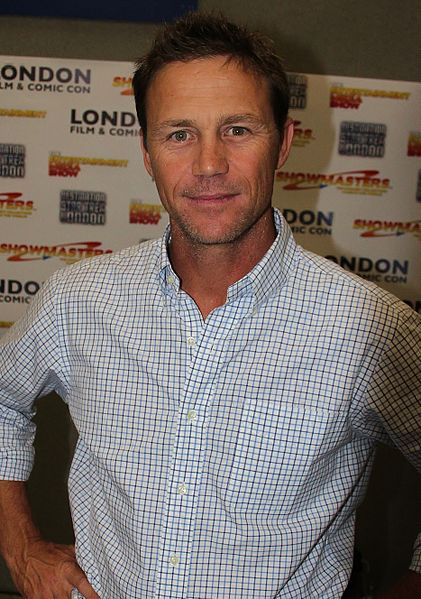 Brian Jeffrey Krause (born February 1, 1969) is an American actor. He is known for his role as Leo Wyatt on The WB television series Charmed (1998-2006) and for portraying the lead role of Charles Brady in the 1992 horror film Sleepwalkers.

Krause was born in El Toro, California, the younger of two children of Alice and Jeff Krause. His elder brother is named Patrick. He grew up in Southern California and took his first acting class at The Actors Workshop while in junior high. In his teens, he studied karate and attended El Toro High School, where he graduated in 1987. He continued his education at Orange Coast College. Krause is not related to Peter Krause.
Read more...

Krause landed his first role in 1989 as a student in the TV series TV 101. He then starred in the made-for-TV-movie Match Point, the CBS Schoolbreak Special "American Eyes", and An American Summer, before landing his first major role as Richard Lestrange in the film Return to the Blue Lagoon (1991). He was a co-star in the Bandit series prior to his most notable role of Leo Wyatt, in The WB Network series Charmed (1998-2006). Krause originally auditioned for the role of Andy Trudeau but was cast as Piper's handyman/whitelighter love interest (ComiCONN 2018, https://m.youtube.com/watch?v=Xx5x198ilkg).

Due to budget restrictions in the eighth season (2005-06), he only appeared in the first 10 episodes and last two episodes. After Charmed, he has appeared in made-for-TV-movies and TV shows such as Mad Men[which?] and The Closer.[which?] He lent his voice and image to portray a minor character (Clem Feeney) in the videogame L.A. Noire, and he appeared in the YouTube video series Chad Vader, in Season 4, Episode 4: "The Return of Brian" (uploaded July 10, 2012), as himself, a former employee of Empire Market.[citation needed]

Report a problem
Write to Brian Krause at FanPal • 2021