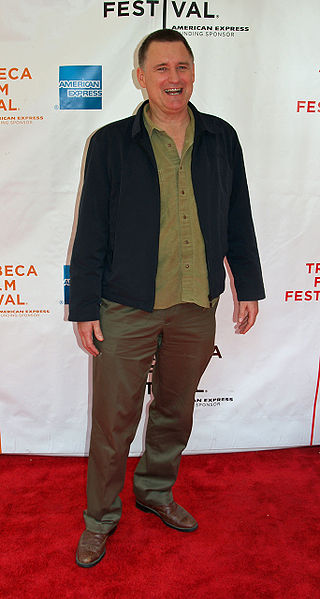 Pullman has also had a long stage acting career, and has appeared on Broadway several times, including in Edward Albee's The Goat, or Who is Sylvia? in 2002.

Pullman was born in Hornell, New York, the son of James Pullman, a physician, and his wife Johanna (née Blaas), a nurse.[citation needed]

During the 1980s, he primarily worked with theater companies around New York and Los Angeles. His first prominent film role was in Ruthless People (which starred Danny DeVito and Bette Midler). Other notable films included the lead in Spaceballs (1987), The Serpent and the Rainbow (with Zakes Mokae), and While You Were Sleeping (1995). In 1996, he played the president of the United States in the sci-fi film Independence Day. A year later he had a major role in Lost Highway (1997) and voiced Korso in the animated post-apocalyptic film Titan A.E.. His more recent films have included The Grudge and Scary Movie 4. He also starred along with Christian Bale in the musical Newsies.

From February 2001 until February 2002, Pullman starred with Mercedes Ruehl, in Edward Albee's play The Goat, or Who is Sylvia? on Broadway. The play won several awards: 2002 Tony Award for Best Play; 2002 Drama Desk Award Outstanding New Play; 2003 Pulitzer Prize for Drama. Pullman was nominated for the 2002 Drama Desk Award Outstanding Actor in a Play. He starred as Dr. Richard Massey in the miniseries Revelations. Pullman starred in Albee's play Peter and Jerry, at Off-Broadway's Second Stage Theatre in New York. For his performance, Pullman received a second Drama Desk Award nomination for Outstanding Actor in a Play in 2008.

In addition to acting, Pullman is a creative writer. His first play, Expedition 6, is about the International Space Station mission Expedition 6 that was in orbit at the time that the Space Shuttle Columbia was destroyed on reentry, grounding the U.S. space shuttle program, which was to provide the vehicle for the crew's return to earth. The play opened at San Francisco's Magic Theater in September 2007.[2]

He also appeared in the Broadway production of David Mamet's Oleanna, co-starring Julia Stiles.[3] The production opened at the John Golden Theatre October 11, 2009, and closed on December 6, 2009, playing 65 performances.[4]

He is also a Jury Member for the digital studio Filmaka, a platform for undiscovered filmmakers to show their work to industry professionals.[5]

Pullman played Oswald Danes, a pedophile and child killer, in Torchwood: Miracle Day, the fourth series of the BBC/Starz Entertainment television show Torchwood (a spinoff to the BBC series Doctor Who),[6] the former of which began airing in July 2011. For his performance as Danes, Pullman received a Saturn Award nomination for Best Supporting Actor on Television.[7]

From 2012-13, Pullman portrayed the President of the United States in the television comedy series 1600 Penn.

He plays Detective Harry Ambrose in the USA Network mystery series The Sinner, which aired its first season in 2017 and has been renewed for a second season.

Pullman is married to Tamara Hurwitz, a modern dancer,[8][9][10] Their three children are actor Lewis Pullman[11] singer-songwriter Maesa Pullman,[12] and Jack Pullman.[13][14] At the age of 21, Pullman suffered a head injury and lost his sense of smell.[15] He co-owns a cattle ranch with his brother in Montana, near the town of Whitehall, where he lives part-time.[16] He also serves on the Board of Trustees at Alfred University[17] and was awarded an honorary doctorate on May 14, 2011.[8]