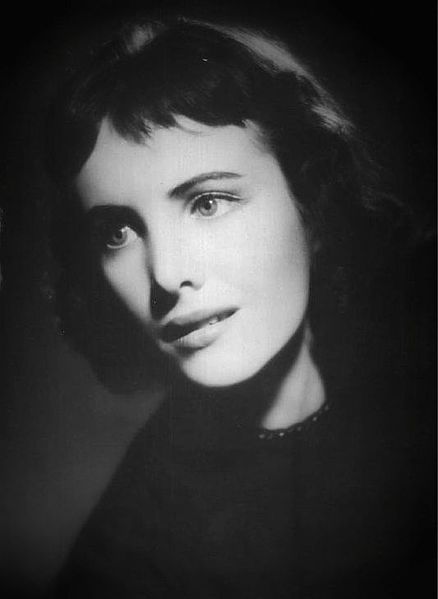 Elizabeth "Beth" Howland (May 28, 1941 - December 31, 2015) was an American actress. She worked on stage and television, and was best known for playing Vera Gorman in Alice, the sitcom inspired by the Martin Scorsese film Alice Doesn't Live Here Anymore (1974).[1]

Howland originated the role of Amy in the original Broadway cast of Stephen Sondheim's Company, in which she introduced the patter song "Getting Married Today".[citation needed]

Howland was born on May 28, 1941, in Boston. At the age of 16, she left home and followed a dancer friend to New York City.[2] After a time of struggling, Howland made her Broadway debut in 1959 as Lady Beth in the Carol Burnett musical Once Upon a Mattress, which transferred from off-Broadway. She went on to have roles in the musicals Bye Bye Birdie, High Spirits, Drat! The Cat! and Darling of the Day.[3]

Howland can be seen dancing and singing in the chorus of Li'l Abner (1959) as Clem's wife, alongside future television star Valerie Harper.[2] After appearing in Company, she left New York to relocate to California,[4] where she made guest appearances on television series such as Love, American Style; Cannon; The Mary Tyler Moore Show (twice—once as Bert Convy's wife, once as a hook-up of Ted Bessell); Little House on the Prairie; Eight Is Enough and The Love Boat.[5][6] For her work on Alice, Howland received four Golden Globe Award nominations. She later took on numerous telefilm roles, including You Can't Take It with You (as Essie) and A Caribbean Mystery.[7]

She remained on Alice throughout its nine seasons. After the sitcom ended in 1985, Howland went into semi-retirement. She made occasional guest appearances (including Murder, She Wrote; Chicken Soup for the Soul; Sabrina the Teenage Witch; and The Tick)[8] and starred in the ABC Afterschool Special, "Terrible Things My Mother Told Me".[9][10]

In 2002 she married actor Charles Kimbrough, an actor of Broadway and Murphy Brown fame, and remained married to him until her death in 2015. Kimbrough and Howland had appeared together in Company.[citation needed]

Howland, who had been a smoker since she was a teenager until she finally quit in the early 2000's died of lung cancer on December 31, 2015, at age 74. Per her request, her death was not reported to the media and was not made public until May 24, 2016, four days before what would have been her 75th birthday. She was survived by her husband and her daughter from her first marriage.[2]

Report a problem
Biography of Beth Howland at FanPal • 2021