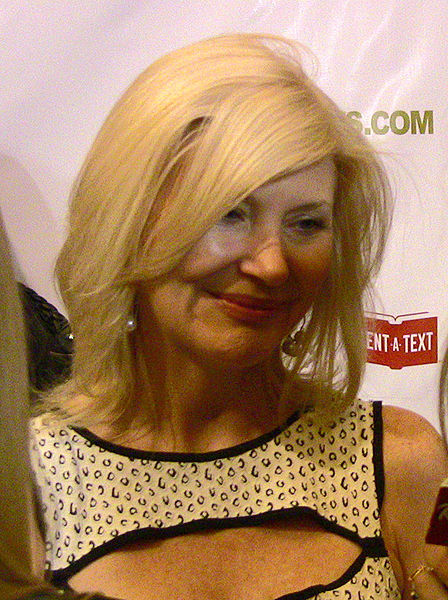 Beth Alison Broderick (born February 24, 1959[1]) is an American actress. She is notable for her portrayal of the character Zelda Spellman in the ABC/WB television sitcom Sabrina the Teenage Witch (1996-2003).[2] She also had recurring roles as Diane Janssen in the ABC mystery drama series Lost (2005-2008) and as Rose Twitchell in the CBS science fiction drama series Under the Dome (2013).[3]

Broderick was born in Falmouth, Kentucky, the daughter of Nina Lou (née Bowden) and Thomas Joseph Broderick.[1] She grew up in Huntington Beach, California. Even as a child, she was interested in theatre. She graduated from high school at sixteen, and then from the American Academy of Arts in Pasadena, California, at the age of eighteen. Afterwards, she moved to New York City to pursue an acting career. She has two sisters.
Read more...

Billed as Beth Alison Broderick, and later as Norris O'Neal, she made her debut in two adult films, In Love (1983) and Bordello: House of the Rising Sun (1985). Both roles portrayed her as a lesbian and were financially unsuccessful. Again as Norris O'Neal, she appeared in the mainstream comedy Sex Appeal (1986). In 1986 she had small roles in If Looks Could Kill, Student Affairs, Young Nurses in Love, and Slammer Girls, a spoof of the women in prison film genre.

Her first significant role was in Stealing Home (1988), in which she played the sexy neighbor who seduces a young, innocent Jonathan Silverman. In 1990, she had a small part in The Bonfire of the Vanities. Her movie credits include Man of the Year (1995), Maternal Instincts (1996), Breast Men (1997), Psycho Beach Party (2000) and The Inner Circle (2003). She also played a small role in the movie Fools Rush In (1997), with Matthew Perry and Salma Hayek, as a business woman. In the film Timber Falls, she played a crazy religious woman, who together with her husband and brother, torture couples who break the rules of chastity while camping.

Her television credits include Married... with Children, The 5 Mrs. Buchanans, Hearts Afire, Supernatural and Glory Days. She guest starred on Northern Exposure in the 1992 episode "It Happened In Juneau", playing a lusty doctor hunting for a one-night stand with Dr. Joel Fleischman, played by Rob Morrow. In 1997 she appeared in the racy Showtime series Women: Stories of Passion ("The Bitter and the Sweet" 2:17). She had a minor, recurring role in the hit ABC series Lost as Kate Austen's mother, Diane. She played a minor role in CSI: Miami during a tsunami where she played a neighbor of CSI Ryan Wolfe's uncle.[2] More recently, she had guest starring roles on Leverage and Castle.

She has appeared in several theater productions like Carnal Knowledge, Triplets in Uniform and Zastrozzi, the Master of Discipline (which she also co-produced). In New York she has starred in The Mousetrap, The Lion in Winter and many more. She was recently in the Chicago Northlight Theatre production of the one-woman show titled Bad Dates.

Broderick has written A Cup of Joe, Wonderland and Literatti with Dennis Bailey.

Broderick married Brian Porizek on January 26, 1998, and the couple divorced on July 11, 2000. Broderick married Scott Paetty on April 29, 2005. She had a year-long romance with director Brian De Palma during production of The Bonfire of the Vanities.[4]

She is the founding director of Momentum, one of the first organizations in New York established to assist people with AIDS. Broderick was also a founding member of the Celebrity Action Council of the City Light Women's Rehabilitation Program at the Los Angeles Mission, which provides hands-on service to homeless women, helps them to overcome substance abuse and learn job skills to help them reclaim their lives and families. She appears in a promotional video for Camp Wellstone saying she attended the camp because she wants to run for office.

Her interests are gourmet cooking, flower arranging, reading, and writing.