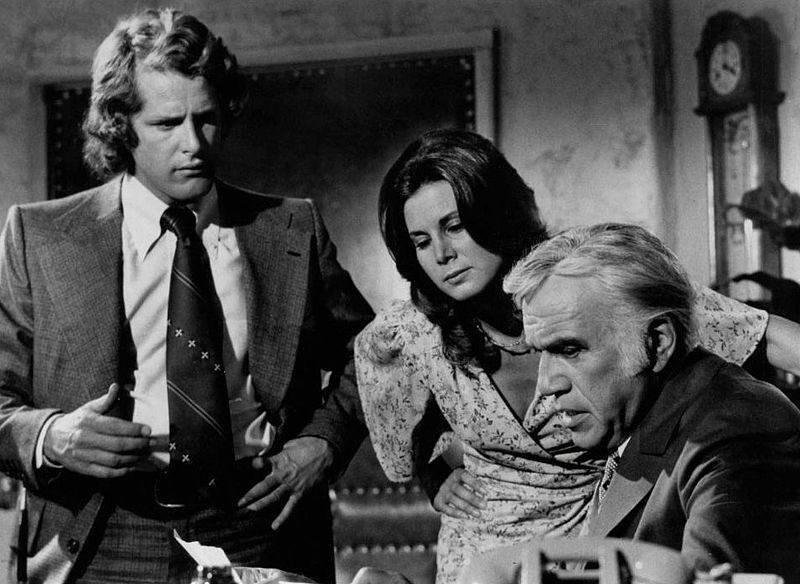 Benjamin Edward Murphy (born Benjamin Edward Castleberry Jr., March 6, 1942[1]) is an American actor.[2] He is best known for his role as Kid Curry in the ABC television series Alias Smith and Jones.

Murphy was born in Jonesboro, Arkansas to Nadine (née Steele) and Benjamin E. Castleberry. When his mother remarried in 1956, Ben was adopted by his stepfather, Patrick Henry Murphy.[3] Murphy grew up in Clarendon Hills, Illinois, a suburb of Chicago.[1]

An alumnus of Benet Academy in Lisle, Illinois.[4] He attended eight colleges before deciding to pursue an acting career.[1]

Murphy appeared in a supporting role in The Name of the Game, a series featuring a rotating leading cast including Tony Franciosa, Gene Barry, and Robert Stack. Murphy played a semi regular role as 'Joseph Sample' assistant to Robert Stack's leading character 'Dan Farrell' in Stack's segments of the show.

In the 1983-84 season, Murphy co-starred with Marshall Colt in the ABC drama series Lottery!. Murphy played Patrick Sean Flaherty, the man who informed lottery winners of their stroke of fortune, and Colt, formerly with James Arness on NBC's short-lived crime drama, McClain's Law, portrayed the Internal Revenue Service agent, Eric Rush, who made sure the winners pay the U.S. government up front.

In 1985, Murphy co-starred as department store heir, Paul Berrenger, on the short-lived drama, Berrenger's. His character was at odds with his former wife, Gloria (Andrea Marcovicci) and his own father, Simon (Sam Wanamaker) due to his romance with executive, Shane Bradley (Yvette Mimieux).

Murphy starred in his own series Gemini Man, in which he played a secret agent who could become invisible for 15 minutes a day through the use of a special wristwatch. However, the show did not run beyond a single season. Murphy has since appeared in guest-starring parts, including a murder suspect in CBS's Cold Case.