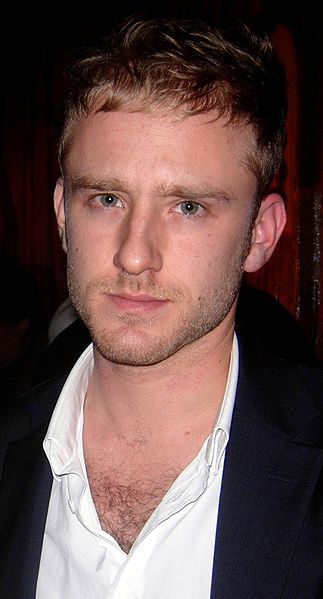 Foster was born in Boston, Massachusetts, the son of restaurant owners Gillian Kirwan and Steven Foster.[5][6][7] He has described his parents as "free-spirited, Vietnam-protesting hippies".[8] He has a younger brother, Jon, who is also an actor. When Foster was four years old, his family relocated to Fairfield, Iowa, after their Boston home was broken into by robbers while they were present.[7][8]

Foster was raised Jewish, and had a Bar Mitzvah ceremony.[8][9] His paternal grandparents were Celia (Segal) and Abraham Foster, who was a prominent judge and politician in Boston; their families emigrated from Russia.[10][11][12] While living in Fairfield, he attended the Maharishi University of Management.[7]

Foster at the Toronto Film Festival in 2015

Foster began working as an actor when he was sixteen years old.[7] In 1996 and 1997, he starred in the Disney Channel television series Flash Forward.

In 2001, he acted in the film Get Over It. Foster also had a recurring role as Russell Corwin (22 episodes) in the HBO Original Series, Six Feet Under.[7] After appearing in the films 11:14 and The Punisher, Foster appeared in Hostage with Bruce Willis, Kevin Pollak and Michelle Horn. In 2006, Foster appeared in X-Men: The Last Stand as the comic-book hero Angel / Warren Worthington III.[7] In the crime thriller Alpha Dog, he played the character Jake Mazursky and added glaucoma drops to his eyes to simulate the appearance of a drug addict in the film.[13] In 2007, he played cold-blooded killer and outlaw Charlie Prince in the Western film 3:10 to Yuma.[14] In February 2013, he was cast to replace Shia LaBeouf in the Broadway play Orphans as his first theater performance.[15] In May 2014, it was announced that he would star opposite Gillian Anderson and Vanessa Kirby in Benedict Andrews' new production of A Streetcar Named Desire at the Young Vic in London.[16] That production closed on September 19, 2014. The same production transferred to New York in 2016, opening at St. Ann's Warehouse in Brooklyn.[17]

Foster played Lance Armstrong in the biopic The Program,[18][19] and co-starred in the fantasy adventure Warcraft, released in June 2016.[20]

Also in 2016, Foster appeared in Hell or High Water as the dangerous Tanner Howard, opposite Chris Pine and Jeff Bridges. Foster was acclaimed for his roles and has received numerous awards nominations.

Foster has continuously received praise from critics for his "intense" and "unhinged" performances in numerous films.[21][22][23] Film critic Matt Zoller Seitz described Foster in 2016 as "one of those actors who makes even a bad film worth seeing. Sometimes he suggests the film you'd rather be watching."[24]

Foster was in a relationship with German actress Antje Traue, his co-star in the movie Pandorum. Traue revealed in an interview that she had moved to Los Angeles and lived with Foster until their relationship ended around 2010. [25] Foster began a relationship with actress Robin Wright in early 2012.[26][27] They became engaged in early 2014,[28] but called off their engagement on November 12, 2014.[29] Foster and Wright reconciled in early 2015,[30] however, on August 29, 2015, they announced they were ending their second engagement.[31]

In October 2016, Foster announced his engagement to actress Laura Prepon.[32] In January 2017, it was announced that the couple were expecting their first child.[33] Prepon gave birth to their daughter Ella in August 2017. Foster and Prepon married in June 2018.[34]