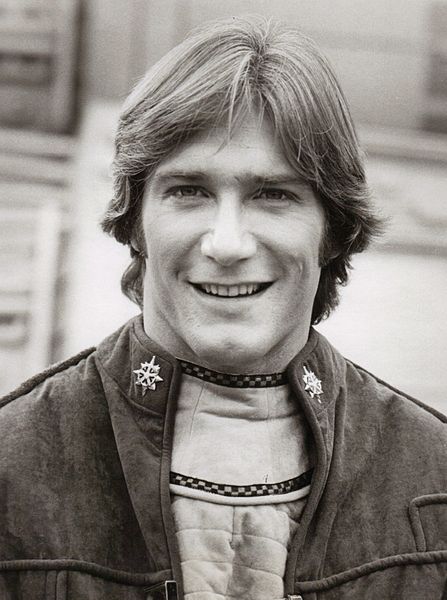 Barry Van Dyke (born July 31, 1951) is an American actor and the second son of actor and entertainer Dick Van Dyke as well as the stepson of makeup artist Arlene Silver-Van Dyke and nephew of Jerry Van Dyke. He has often worked with his father. He is best known to audiences as Lieutenant Detective Steve Sloan, a homicide detective and the son of Dr. Mark Sloan (played by Dick Van Dyke) on Diagnosis: Murder. In the show, the characters' relatives were frequently played by real-life family members.[1]

Van Dyke's television debut was as Florian, a violin-toting nine-year-old in "The Talented Neighborhood" episode of The Dick Van Dyke Show alongside big brother Christian. However, Dick Van Dyke advised his son Barry to wait before pursuing a show business career. Barry Van Dyke later told a reporter, "He told me that if I still wanted to act after I graduated high school, then it would be OK."[2]

Later, Barry Van Dyke worked as a gofer on his father's television series, The New Dick Van Dyke Show, which debuted in 1971 and aired until 1974. While working on that show, he secured a part as an extra.[3]

He worked with his father again in the short-lived series The Van Dyke Show (which was canceled after six episodes in 1988) and then the long-running series Diagnosis: Murder, which aired from 1993-2001.[4] In both series, he had major roles. He also wrote and directed several episodes of Diagnosis: Murder. After Diagnosis: Murder ended, Barry appeared in the Murder 101 television films, again alongside his father.

Barry Van Dyke also appeared in many other television shows over the course of his long career. His other television work includes a starring role in the short-lived Galactica 1980 as Lieutenant Dillon, and appearances in Remington Steele, The Love Boat, Magnum, P.I., The Dukes of Hazzard, as Ace Combat Pilot and former M.I.A. soldier St. John Hawke in the fourth and final season of Airwolf, The A-Team, Gun Shy, Murder, She Wrote, Mork & Mindy, and The Redd Foxx Show.[5]