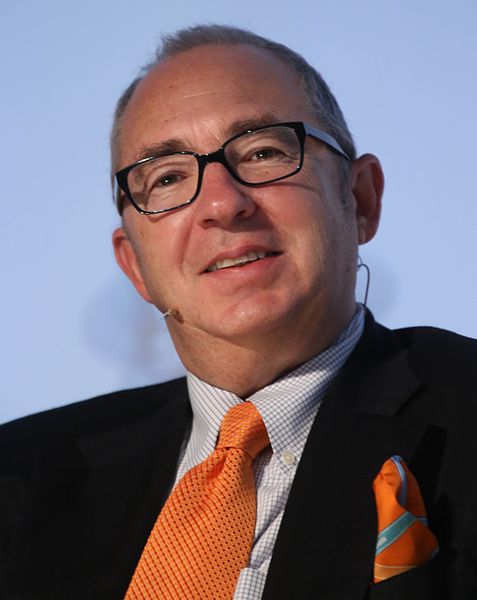 Barry Sonnenfeld (born April 1, 1953) is an American filmmaker and television director. He originally worked as a cinematographer for the Coen brothers before directing films such as The Addams Family and its sequel Addams Family Values along with the Men in Black trilogy and the critically acclaimed Get Shorty. Sonnenfeld currently has four collaborations with actor Will Smith.

Sonnenfeld was born and raised in New York City, the son of Irene "Kelly" (Kellerman), an art teacher, and Sonny Sonnenfeld, a lighting salesman, educator, and architectural lighting designer.[1][2][3] He was raised in a Jewish family.[4] After he received his bachelor's degree from Hampshire College, he graduated from New York University of Film School in 1978.
Read more...

He began working on pornographic films before starting work as director of photography on the Oscar-nominated In Our Water (1982). Then Joel Coen and Ethan Coen hired him for Blood Simple (1984). This film began his collaboration with the Coen brothers, who used him for their next two pictures, Raising Arizona (1987) and Miller's Crossing (1990). He also worked with Danny DeVito on Throw Momma from the Train (1987) and Rob Reiner on When Harry Met Sally (1989) and Misery (1990).

Sonnenfeld gained his first work as a director from Paramount Pictures on The Addams Family, a box-office success released in November 1991. Its sequel, Addams Family Values (1993), was not as successful at the box office, but he received critical acclaim for his fourth directorial outing, Get Shorty (1995). Produced by Jersey Films and based on a novel by Elmore Leonard, the film won a Golden Globe for John Travolta (Best Actor in a Comedy or Musical). The film was also entered into the 46th Berlin International Film Festival.[5] Following Tim Burton and the Coen Brothers, Sonnenfeld would tell stories about unusual, unorthodox people who are into the unexpected and the strange. He would use as his trademarks unusual camera angles, offbeat dialogue, and in certain films, strange behavior and weird creatures.

In 1996, Steven Spielberg asked him to direct Men in Black (1997). Starring Tommy Lee Jones and Will Smith, the film was a critical and financial smash. In 1998, Jon Peters asked him to direct Wild Wild West (1999). Starring Smith and Kevin Kline, the film was a critical and financial flop. He also directed the comedy Big Trouble (2002), after which he made his most successful film sequel to that point, Men in Black II (2002). He is also a contributing editor for Esquire. He also co-produced the 2007 film Enchanted for Disney that starred Amy Adams. In 2008, Sonnenfeld earned an Emmy for directing Pushing Daisies. On April 21, 2010, it was announced that Sonnenfeld intended to return for Men in Black 3.[6] The film, released in 2012 worldwide, received good reviews and became the highest grossing in the series.

Sonnenfeld lives in New York City with his wife Susan and their daughter Chloe.

He is working on new projects, among them include Things a Man Should Never Do Past 30: a single-camera comedy from executive producer/director Sonnenfeld, the Tannenbaum Company and Sony Pictures Television. The project mostly is based on the personal experiences of Esquire writer David Katz and Esquire editor at large A. J. Jacobs. The show is about a man working at a men's magazine who is reluctant to embrace adulthood and his friend who is an immersion journalist. Al Higgins (Malcolm in the Middle) is set to serve as showrunner/head writer if the project is picked up.[7]

He has become attached to a movie adaptation of The Spellman Files by Lisa Lutz, about a family of private investigators.[8] Sonnenfeld will direct the movie adaptation of the fantasy novel Gil's All Fright Diner in partnership with DreamWorks Animation.[9] He is also developing a sitcom for ABC, Funny in Farsi, based on the book of the same name.[10]

In 2012, it was stated that he was appointed to direct Lore, an adaptation based on the comic by T.P. Louise and Ashley Wood of the same name.[11][12] But, in 2013, Indie director Dave Green has signed on to replace Barry Sonnenfeld as director, Sonnenfeld will take part as executive producer on the project.[13]

Barry is also in talks with Warner Bros. to make a live action film adaptation of the DC Comics characters, The Metal Men. Sonnenfeld also agreed to direct the Beverly Hills Cop pilot for CBS and serve as an executive producer as well. However, Paramount Pictures dropped the idea in favor of a fourth film directed by Brett Ratner.