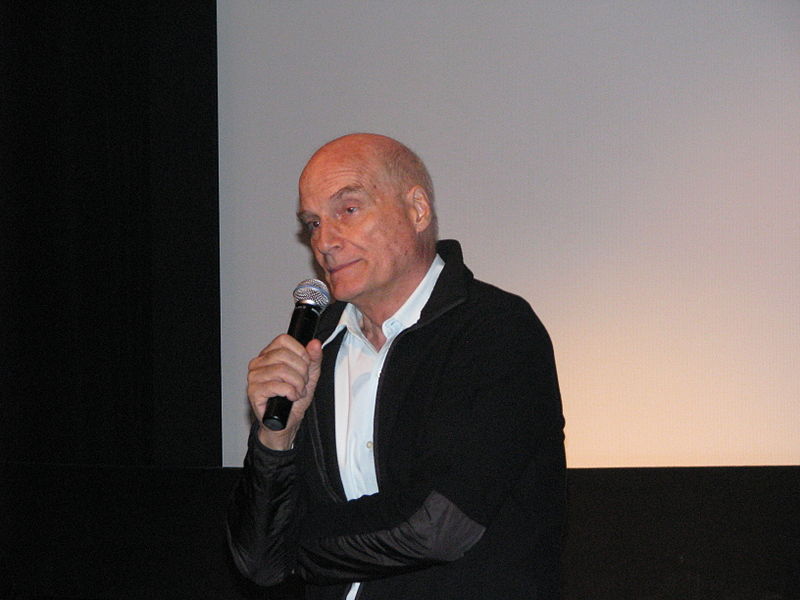 Barbet Schroeder (born 26 August 1941) is an Iranian-born Swiss film director and producer who started his career in French cinema in the 1960s, working together with directors such as Jean-Luc Godard and Jacques Rivette. Since the late 1980s, he has directed many big budget Hollywood films, often mixing melodrama with the thriller genre in films like Single White Female, Kiss of Death, and Murder by Numbers. He has been nominated for the Academy Award for Best Director, and for the Palme d'Or for his 1987 film Barfly.

Schroeder was born in Tehran, Iran, the son of Ursula, a German-born physician, and Jean-William Schroeder, a Swiss geologist.[1][2] Both he and his family left Iran for France, where he studied at the Sorbonne in Paris.

Schroeder's production company "Les Films du Losange", founded by him at age 23, produced some of the best-known films of the French New Wave. His directorial debut, More (1969), about heroin addiction, became a hit in Europe. Pink Floyd wrote music for this movie and released the album, More. They also wrote the soundtrack for his 1972 film La Vallée, released as the album Obscured by Clouds.

He later went on to direct more mainstream Hollywood fare, such as Barfly (1987) starring Mickey Rourke, Single White Female (1992), and Reversal of Fortune (1990), for which Jeremy Irons as Claus von Bülow received an Academy Award. Despite his many commercially successful films, Schroeder continues to be interested in making smaller films with a more limited audience, such as the adaptation of Colombian writer Fernando Vallejo's controversial novel La virgen de los sicarios (2000) or the documentary General Idi Amin Dada: A Self Portrait (1974), featuring extensive interviews with the Ugandan dictator and Terror's advocate (2007) about terrorism in the last 50 years seen through the eyes of a lawyer, Jacques Vergès, and his clients.

Schroeder has also made some appearances as an actor: playing one of the 'ghosts' in Jacques Rivette's Céline et Julie vont en bateau (Céline and Julie Go Boating), a cameo as a Porsche driver in Beverly Hills Cop III (1994), as the President of France in Mars Attacks! (1996), as a hair products salesman in Paris, je t'aime (2006), and as the mechanic in The Darjeeling Limited (2007). Today he resides in France and is married to actress Bulle Ogier.

Schroeder directed the 12th episode of the 3rd season of the American dramatic television series Mad Men that first aired on 1 November 2009. The episode was entitled "The Grown Ups", and was notable for its depiction of the events of the Kennedy assassination.