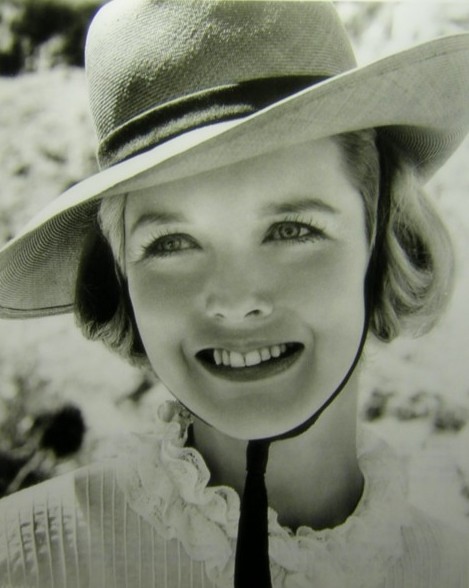 Although she was born in the United States, Babcock spent a large part of her childhood in Tokyo, Japan, where her father, U.S. Army Gen. Conrad Stanton Babcock, Jr., was stationed.[1] She learned to speak Japanese before English.

Babcock studied at Switzerland's University of Lausanne and Italy's University of Milan.[1] She also attended Miss Porter's School and graduated from Wellesley College,[2] where she was a classmate of Ali MacGraw.

Babcock's television appearances began in 1956. They included several episodes of the original series of Star Trek, although much of her work on the show consisted of uncredited voice roles. In 1968, she made her debut on the big screen in the Metro-Goldwyn-Mayer western Day of the Evil Gun, followed by roles in the films Heaven with a Gun, co-starring Glenn Ford, Bang the Drum Slowly, Chosen Survivors, The Black Marble, Back Roads, The Lords of Discipline and That Was Then... This Is Now. From 1978 to 1982, she played the role of Liz Craig on the CBS soap opera Dallas. Other notable films include Heart of Dixie, Happy Together, Far and Away and Space Cowboys.

From 1993 to 1998, she played the role of Dorothy Jennings on Dr. Quinn, Medicine Woman for which she was nominated for an Emmy Award for Outstanding Supporting Actress in a Drama Series in 1993. (However, the Emmy Awards website lists the nomination for 1995.)[3] She was voted one of the 50 Most Beautiful People in the World by People magazine in 1994.[6][7] After completion of the show in 1998, she appeared in The Pretender, Chicago Hope, Frasier and Judging Amy. From 2001 to 2002, she played the role of the mother of Dana Delany's character in the Fox drama series Pasadena. Since 2004, Babcock has not done film or television roles.

Babcock went to "remote areas of the world as an assistant on scientific expeditions. And, she was awarded a patent for a shampoo she and another actress developed."[1]

Report a problem
Write to Barbara Babcock at FanPal • 2021