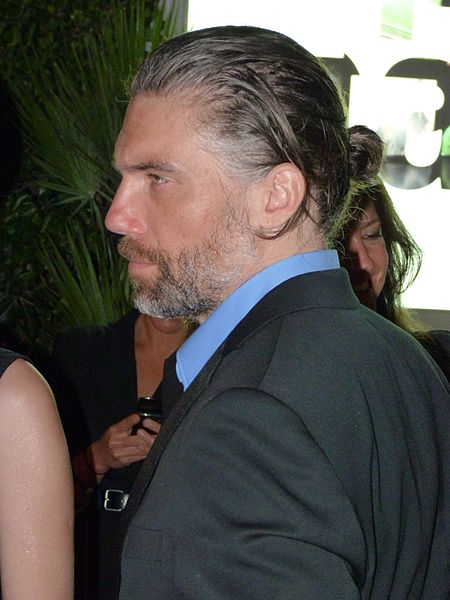 Anson Adams Mount IV (born February 25, 1973) is an American actor. He portrayed the fictional character Cullen Bohannon in the AMC western drama series Hell on Wheels. He was also cast in the role of Jim Steele on the short-lived NBC series Conviction and appeared in the film Tully (2000). In 2017, he portrayed the Marvel Comics superhero Black Bolt in Marvel's Inhumans.[1] On April 9, 2018, it was announced that Mount will have a recurring role as Captain Christopher Pike of the USS Enterprise in season 2 of Star Trek: Discovery.[2]

Mount was born in Mount Prospect, Illinois and grew up in White Bluff, Tennessee. His mother, Nancy Smith, is a former professional golfer.[3] His father, Anson Adams Mount II, was one of the original contributing editors to Playboy magazine.[4][5] Anson has an older brother, Anson Adams III, and two sisters, Kristin and Elizabeth, from his father's first marriage. Mount's great-great-great grandfather was a Confederate cavalry colonel in the Civil War.[6]

On July 8, 2017, Anson announced his engagement to his longtime girlfriend, photographer Darah Trang, and they [7] were married on February 20, 2018.[8] The couple currently resides in Brooklyn, New York [9] with their dogs, Jax, Mac, and Betty Lou.[10]