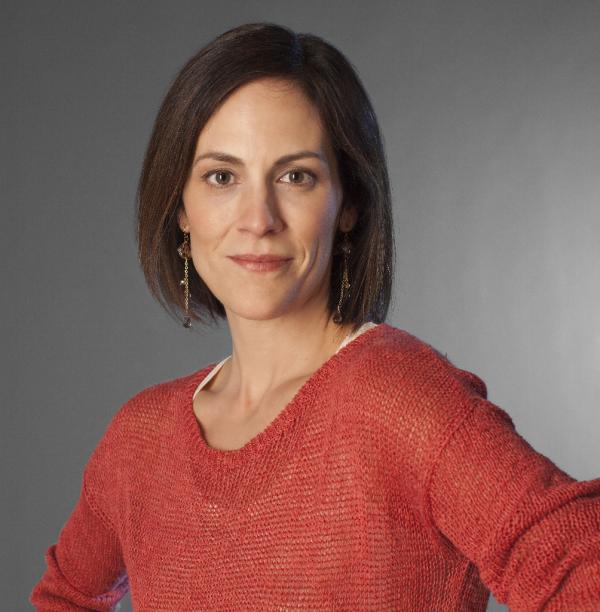 Annabeth Gish (born March 13, 1971) is an American actress. She has played roles in films Shag, Hiding Out, Mystic Pizza, SLC Punk!, The Last Supper and Double Jeopardy. On television, she played Special Agent Monica Reyes on The X-Files, Elizabeth Bartlet Westin on The West Wing, Diane Gould on Halt and Catch Fire, Eileen Caffee on Brotherhood, Charlotte Millwright on The Bridge and Sheriff Althea Jarry on the final season of Sons of Anarchy.

In 2016, she reprised her role as Monica Reyes in the tenth season of The X-Files, and then again in the eleventh season starting in January 2018.[1]

Gish was born Anne Elizabeth Gish in Albuquerque, New Mexico, the daughter of Judy and Robert Gish.[2] When she was two, her family moved to Cedar Falls, Iowa, where she grew up with her brother Tim and her sister Robin. Her father was an English professor at the University of Northern Iowa; her mother was an elementary school teacher.[2]

Gish went to Northern University High School in Cedar Falls, Iowa, where she graduated in 1989. She attended Duke University, where she was a member of the Kappa Kappa Gamma sorority and focused her energies on the Drama program, Film Studies and Women's Studies. She received a B.A. in English in July 1993.

Gish's first starring role was in the 1986 teen film Desert Bloom. In 1987, she starred in the film Hiding Out with Jon Cryer. She played "Kat", the sister of Julia Roberts' character, in 1988's Mystic Pizza. In 1989, Gish got her first major TV film role in When He's Not a Stranger as rape victim Lyn McKenna. Gish portrayed Anne Hampton, the doomed second wife of Rhett Butler, in 1994 in the TV mini series Scarlett.

In 1994's Wyatt Earp, starring Kevin Costner, she played Urilla Sutherland, Wyatt's childhood sweetheart and eventual wife. The next year, she appeared in Oliver Stone's Nixon as Julie Nixon. In 1996, Gish played the girlfriend Tracey in Beautiful Girls. In 1997, Gish received her first starring role in a movie, portraying Susan Sparks opposite Shaquille O'Neal in the movie adaptation of DC Comics superhero Steel. In 1997, she starred in the TV movie True Women as Euphemia Ashby alongside Dana Delany and Angelina Jolie. In 1998, Gish starred in SLC Punk! as a head shop owner named Trish.

In 2001, Gish joined the cast of The X-Files as Special Agent Monica Reyes after series star David Duchovny announced his intention to leave the show. During the eighth and ninth seasons, Gish and fellow newcomer Robert Patrick became the show's principal characters and it was presumed that the two could carry on the show even after Gillian Anderson left. While it is generally agreed their performances were good, ratings continued to drop with the departure of Duchovny and his dynamic partnership with Gillian Anderson; the ninth season of The X-Files became the show's last until 2016.

In 2006, Gish played the role of Julia in the independent movie The Celestine Prophecy and costarred in Candles on Bay Street alongside Eion Bailey and Alicia Silverstone.

Also in 2006, Gish began a major role in the Showtime drama Brotherhood as Eileen Caffee. She appeared in 29 of the 33 episodes in the series's three-season run.

Gish played Jo Noonan in the A&E TV miniseries Stephen King's Bag of Bones in 2011. Also in 2011, she played the role of Anne Sullivan, a mysterious therapist in Pretty Little Liars.[3]

In 2012, Gish made a guest appearance in 12th season of the CBS crime drama CSI: Crime Scene Investigation.[4]

In 2012, Gish co-starred on the ABC drama pilot Americana as the mother of Ashley Greene's character. However, the pilot was not picked up.[5]

From 2013 to 2014, Gish was part of the main cast in the FX series The Bridge, in which she played Charlotte Millwright, a widow who discovers that her recently deceased husband had secrets on both sides of the US-Mexican border.[6]

In 2014, she had a guest-starring role on Sons of Anarchy as Lt. Althea Jarry of the San Joaquin County Sheriff's Department. In summer 2015, it was announced Gish would return as Monica Reyes in the upcoming The X Files revival. She appeared in episode 6 of season 10.[7] She reprised her role as Agent Reyes for the 11th season of the show for the 2017-2018 TV season.[8] She co-starred with Kate Bosworth, Thomas Jane and Dash Mihok in the 2016 thriller film Before I Wake.[9]

Gish is a supporter of CARE International and, more recently, of Students Rebuild and One Million Bones. On behalf of these organizations, she filmed a short public service announcement video in April 2012.[10] She is on the board of non-profit organization The Unusual Suspects Theatre Company.[11]

Gish is not, as has been sometimes reported, related to the early silent film actress sisters Lillian Gish and Dorothy Gish. When Gish first became interested in acting, she wrote a letter to Lillian Gish, who replied by encouraging Annabeth to stay away from the business. Lillian wrote, "There's too much talent and not enough work in the movies!"[12]