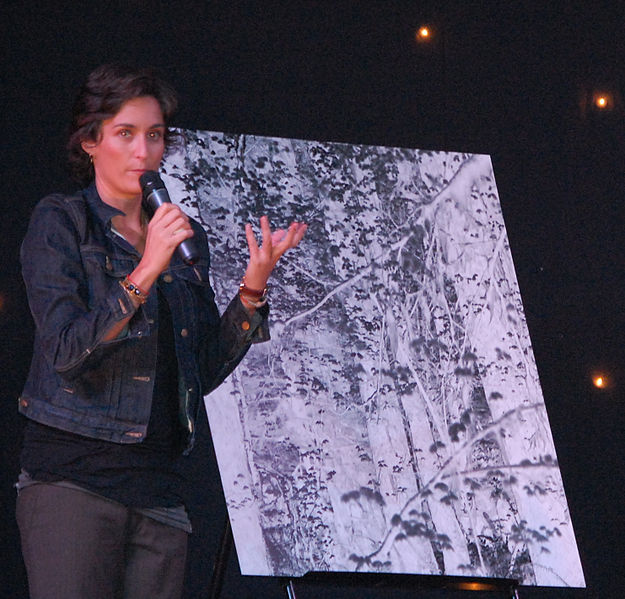 Born in Los Angeles, California, on July 10, 1969, she is the daughter of Bridget (Mori) and the actor David Hedison.[1] Hedison is of Italian and Armenian heritage.[2] She attended the State University of New York at Purchase and University of California, Los Angeles (UCLA).
Read more...

As a photographer,[1] In 2005, she exhibited the (Re)Building series, which addressed themes of loss, transition and recovery while using construction as a metaphor for memory in the architecture of the subconscious. Her series of large format photographs entitled Ithaka, which takes its title from the CP Cavafy poem of the same name, was shot in the temperate rain forest of North America. First exhibited in London, Ithaka was included in The New Yorker's 2008 Passport to the Arts and Month of Photography Los Angeles the following year.[citation needed]

Hedison's work is represented in public and private collections worldwide, and her photographs have been shown in solo and group exhibitions in galleries and museums throughout the US and Europe, including Los Angeles, New York, and London.[citation needed]

Hedison was selected by Barclays Capital for international sponsorship in 2008.[5]

In 2009 Hedison published a series of books sponsored by the Center of Cultural Intelligence in Singapore.[6]

In 2009 Ithaka series was exhibited at Frank Pictures Gallery in Santa Monica, CA. This exhibition was the Month of Photography Los Angeles (MOPLA) Official Opening Night Exhibition,[7] in conjunction with Pro'jekt LA.[8] In 2010, her solo show "In the Woods" was exhibited at Meredith Gunderson Projects in London, UK. The same year Hedison showed Ithaka in a solo exhibit at Mews 42 Gallery in London, UK.

In 2012, her work series Everybody Knows This Is Nowhere was exhibited in a solo show at Diane Rosenstein Gallery in Beverly Hills, CA.[9]

In 2016 "Everybody Knows This Is Nowhere" opened at the Centro Cultural de Cascais, Cascais, Portugal, an exhibit that included photography and film installations. The show in Cascais, Portugal was named in Time Out Magazine as one of the top ten exhibitions in Lisbon during 2016.[13]

In 2017 Alexandra Hedison and Jodie Foster co-chaired the 14th edition of the Hammer Museum's annual Gala in the Garden with Robert Soros and Tomas Maier.[14]

Hedison is a former actress who appeared on television series including Showtime's The L Word.