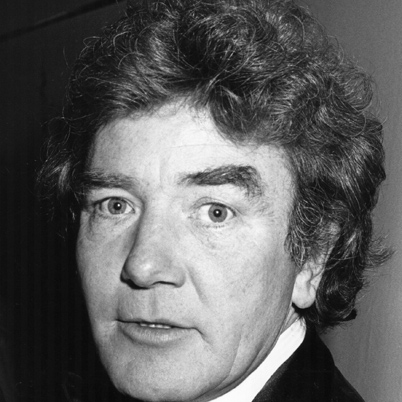 Albert Finney (born 9 May 1936) is a retired English actor. Beginning in theatre, Finney achieved especial success as a Shakespearean actor before switching to film. He achieved prominence in film during the early 1960s, debuting with The Entertainer, directed by Tony Richardson, who had previously directed him in plays. He became a leading Free Cinema figure at the same time as maintaining a successful career in theatre, film and television. He is known for his roles in Saturday Night and Sunday Morning (1960), Tom Jones (1963), Two for the Road (1967), Scrooge (1970), Annie (1982), The Dresser (1983), Miller's Crossing (1990), Erin Brockovich (2000), Big Fish (2003), The Bourne Ultimatum (2007), Before the Devil Knows You're Dead (2007), The Bourne Legacy (2012), and the James Bond film Skyfall (2012).

A recipient of BAFTA, Golden Globe, Emmy and Screen Actors Guild Awards, Finney has been nominated for the Academy Award for Best Actor four times, for Tom Jones (1963), Murder on the Orient Express (1974), The Dresser (1983), and Under the Volcano (1984); he was also nominated for an Academy Award for Best Supporting Actor for his performance in Erin Brockovich (2000).

Finney was born in the Charlestown area of Pendleton, Salford, Lancashire, England, the son of Alice (née Hobson) and Albert Finney, Sr., a bookmaker.[1] He was educated at Tootal Drive Primary School, Salford Grammar School and the Royal Academy of Dramatic Art.[2]
Read more...

In February 1956 John Fernald, principal of RADA, gave Finney his first major role as Shakespeare's Troilus in the Vanbrugh Theatre's student production of Ian Dallas' play The Face of Love.[3] Finney graduated from the Royal Academy of Dramatic Art and became a member of the Royal Shakespeare Company. His career began in the theatre; he made his first appearance on the London stage in 1958 in Jane Arden's The Party, directed by Charles Laughton, who starred in the production along with his wife, Elsa Lanchester. Then in 1959 he appeared at Stratford in the title role in Coriolanus, replacing a sick Laurence Olivier.[4]

His first film appearance was a role in Tony Richardson's The Entertainer (1960), with Laurence Olivier, and he made his breakthrough in the same year with his portrayal of a disillusioned factory worker in Karel Reisz's film version of Alan Sillitoe's Saturday Night and Sunday Morning. This led to him starring in the Academy Award-winning 1963 film Tom Jones. Prior to this, Finney had been chosen to play T. E. Lawrence in David Lean's production of Lawrence of Arabia after a successful, and elaborate, screen-test that took four days to shoot. However, Finney baulked at signing a multi-year contract for producer Sam Spiegel and chose not to accept the role.[5] The success of Tom Jones saw British exhibitors vote Finney the ninth most popular star at the box office in 1963.[6]

After Charlie Bubbles (1968), which he also directed, his film appearances became less frequent as he focused more on acting on stage. During this period, one of his high-profile film roles was as Agatha Christie's Belgian master detective Hercule Poirot in the 1974 film Murder On The Orient Express. Finney became so well known for the role that he complained that it typecast him for a number of years. "People really do think I am 300 pounds with a French accent" he said.

While being known for his dramatic roles, Finney appeared and sang in two musical films: Scrooge and the Hollywood film version of Annie, which was directed by John Huston, who directed him once again in Under The Volcano two years later. He also sings in Tim Burton's Corpse Bride.

Finney made several television productions for the BBC in the 1990s, including The Green Man (1990), based on a novel by Kingsley Amis, the acclaimed drama A Rather English Marriage (1998) (with Tom Courtenay), and the lead role in Dennis Potter's final two plays, Karaoke and Cold Lazarus in 1996 and 1997. In the latter he played a frozen, disembodied head.

Finney also made an appearance at Roger Waters' The Wall Concert in Berlin, where he played "The Judge" during the performance of "The Trial".

Even with his success on the big screen, Finney never abandoned his stage performances. He continued his association with the National Theatre Company at the Old Vic in London, where he performed in the mid-1960s in Shakespeare's Much Ado About Nothing and Chekov's The Cherry Orchard. He received Tony Award nominations for Luther (1964) and A Day in the Death of Joe Egg (1968), and also starred onstage in Love for Love, Strindberg's Miss Julie, Black Comedy, The Country Wife, Alpha Beta, Beckett's Krapp's Last Tape, Tamburlaine the Great, Another Time and, his last stage appearance in 1997, 'Art', which preceded the 1998 Tony Award-winning Broadway run. He won an Olivier Award for Orphans in 1986 and has won three Evening Standard Theatre Awards for Best Actor.[7] Finney also directed and played the lead role of Sidney Kentridge in The Biko Inquest, a 1984 dramatisation of the inquest into the death of Steve Biko which was filmed for TV following a London run.[8]

In 2002 his critically acclaimed portrayal of Winston Churchill in The Gathering Storm won him BAFTA and Emmy awards as Best Actor.

He also played the title role in the television series My Uncle Silas, based on the short stories by H. E. Bates, about a roguish but lovable poacher-cum-farm labourer looking after his great-nephew. The show ran for two series from 2000 until 2003.

A lifelong supporter of Manchester United, Finney narrated the documentary Munich, about the aircrash that killed most of the Busby Babes in 1958, which was shown on United's TV channel MUTV in February 2008.[9]

By his first wife, Jane Wenham, he has a son, Simon, who works in the film industry as a camera operator.

In May 2011, Finney disclosed that he had been receiving treatment for kidney cancer.[10][11]

Finney turned down the offer of a CBE in 1980 and a knighthood in 2000. He has criticised the honours system for "perpetuating snobbery".[12]

Julia Roberts mentioned Albert Finney in her Oscar acceptance speech for Best Actress in Erin Brockovich, thanking him and sharing the Oscar with him.

In addition Finney received the BAFTA Fellowship in 2001.

He won an Emmy Award, for Outstanding Lead Actor in a Miniseries or Made for TV Movie, for his performance as Winston Churchill in HBO's The Gathering Storm. He had previously been nominated for the HBO telefilm The Image (1990).

For his work on Broadway, Finney has been nominated for two Tony Awards, both for Best Actor in a Play, for Luther in 1964, and A Day in the Death of Joe Egg in 1968. For the London stage, he won the Olivier Award, for Best Actor, for Orphans in 1986. He has won the Evening Standard Theatre Award for Best Actor three times, for A Flea in Her Ear in 1966, Tamburlaine the Great in 1976 and Orphans in 1986.

Other awards include: a Golden Laurel for his work on Scrooge (1970) and for his work on Tom Jones, for which he was the 3rd Place Winner for the "Top Male Comedy Performance" for 1964. He was honoured by the Los Angeles Film Critics' Association as Best Actor for Under the Volcano (which he tied with F. Murray Abraham for Amadeus), the National Board of Review Best Actor award for Saturday Night and Sunday Morning, and the New York Film Critics' Circle Best Actor award for Tom Jones.

He won the Silver Berlin Bear award for Best Actor, for The Dresser, at the 34th Berlin International Film Festival in 1984.[13]

He won the Volpi Cup for Best Actor, for Tom Jones, at the Venice Film Festival.