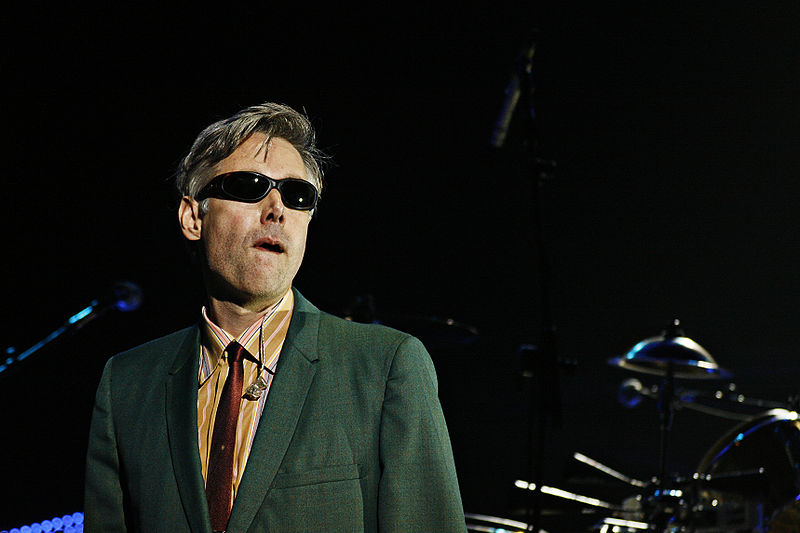 Adam Nathaniel Yauch (pronounced /jaʊk/; August 5, 1964 - May 4, 2012) was an American rapper, singer, musician, songwriter, director and film distributor. He was best known as a founding member of the hip hop group Beastie Boys. He was frequently known by his stage name, MCA, and sometimes worked under the pseudonym Nathanial Hörnblowér.

Yauch founded Oscilloscope Laboratories, an independent film production and distribution company based in New York City. As a Buddhist, he was involved in the Tibetan independence movement and organized the Tibetan Freedom Concert.[2]

Born in Brooklyn, New York City, Yauch was an only child. His father was a Catholic architect, whereas his mother was a Jewish social worker.[3][4][5][6] Yauch had a non-religious upbringing.

Yauch attended Edward R. Murrow High School in Brooklyn's Midwood neighborhood. In high school, he taught himself to play the bass guitar.[7] Yauch formed the Beastie Boys with John Berry, Kate Schellenbach, and Michael Diamond.[8] They played their first show—while still a hardcore punk band in the vein of Reagan Youth—on his 17th birthday. He attended Bard College for two years before dropping out.[9]

The Beastie Boys, a hip hop trio, released their first album Licensed to Ill on Def Jam Records when Yauch was 22. Yauch directed many of the Beastie Boys' music videos, often under the pseudonym Nathanial Hörnblowér.[9][10]

In 2002, Yauch constructed a recording studio in New York City called Oscilloscope Laboratories. He began an independent film distributing company called Oscilloscope Pictures.[11] Yauch directed the 2006 Beastie Boys concert film, Awesome; I Fuckin' Shot That!, although in the DVD extras for the film, the title character in "A Day in the Life of Nathanial Hörnblowér" is played by David Cross. He also directed the 2008 film Gunnin' For That #1 Spot about eight high school basketball prospects at the Boost Mobile Elite 24 Hoops Classic at Rucker Park in Harlem, New York City. Yauch produced Build a Nation, the comeback album from hardcore/punk band Bad Brains. In addition, Oscilloscope Laboratories also distributed Kelly Reichardt's Wendy and Lucy (2008) and Oren Moverman’s The Messenger (2009).[12]

The Beastie Boys had sold 40 million records worldwide by 2010.[9] In April 2012, the group was inducted into the Rock and Roll Hall of Fame. Yauch was inducted in absentia due to his illness.[7] His bandmates paid tribute to Yauch; a letter from Yauch was read to the crowd.[13]

In 2011, Yauch received the Charles Flint Kellogg Award in Arts and Letters from Bard College, the college he attended for two years. The award is "given in recognition of a significant contribution to the American artistic or literary heritage."[14]

Yauch was also a strong supporter of feminism apologizing for early lyrics which he retroactively deemed offensive. Yauch's verse in the song "Sure Shot" includes the lyrics "I want to say a little something that’s long overdue/ The disrespect to women has got to be through/ To all the mothers and sisters and wives and friends/ I want to offer my love and respect to the end."[7][18]

In 1995, while attending a speech by the Dalai Lama at Harvard University, he met his wife, Tibetan American Dechen Wangdu. They married in 1998 and had a daughter, Tenzin Losel, the same year.[7][18][19]

In 1998, during the MTV Video Music Awards, when receiving the Video Vanguard Award, Yauch condemned America's wars in Muslim countries and prejudice against Muslims and Arabs. Artist Cihan Kaan wrote an obituary in Al Jazeera that Yauch was "Muslim Americans' hero, and America's personal Jewish Gandhi", judging his plea to be greater for intercultural healing than the music of later anti-war rappers whose lyrics included anti-Americanism and conspiracy theories.[20]

In 2009, Yauch was diagnosed and later died from cancerous parotid gland and a lymph node. He underwent surgery and radiation therapy, delaying the release of Hot Sauce Committee Part Two and the subsequent tour.[21][22] He was unable to appear in music videos for the album. Yauch became a vegan under the recommendation of his Tibetan doctors.[23] At the time, Yauch described the cancer as "very treatable".[24]

Upon his death, fellow musicians and artists paid tribute:

Beastie Boys rapper Adam "Ad-Rock" Horovitz posted a note on the Beastie Boys' Tumblr page about the death of Yauch, acknowledging the pain of losing Yauch as well as the admiration for Yauch.[33]

In his last will and testament, Adam Yauch left instructions that his music could not be used in advertising, though some legal experts said that it may not be valid.[34]

On May 3, 2013, ceremonies were held to rename the Palmetto Playground in Brooklyn, New York, to Adam Yauch Park.[35]

Report a problem
Biography of Adam Yauch at FanPal • 2020