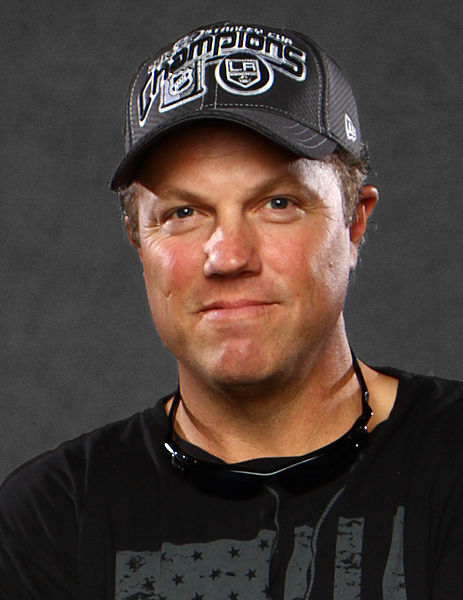 Adam Baldwin (born February 27, 1962) is an American actor. He starred in Full Metal Jacket (1987) as Animal Mother, as well as in the television series Firefly and its continuation film Serenity as Jayne Cobb. His roles include Stillman in Ordinary People (1980), Colonel John Casey in Chuck, and Mike Slattery in The Last Ship.

His other work includes Radio Flyer (1992), From the Earth to the Moon (1998), The X-Files (Knowle Rohrer), The Cape, Men in Black: The Series, Stargate SG-1, Angel, The Inside, NCIS, and the 2005 remake of The Poseidon Adventure. He also starred in the ABC series Day Break as Chad Shelten in 2006.

Baldwin parodied the Ricky Linderman character in the 2008 film Drillbit Taylor. He is also known for NBC's Chuck, in which he played John Casey, one of the lead characters for the five season run of the show.

Baldwin won a SyFy Genre Award in 2006 for Best Supporting Actor/Television for his role as Jayne Cobb in the television series Firefly.[3]

Baldwin was cast as Kal-El/Clark Kent/Superman in Superman: Doomsday, which is based on DC Comics' The Death of Superman. He also voices the character in the massively multiplayer online game DC Universe Online.

Baldwin has a role as a voice actor in the Xbox 360 games Halo 3 and Halo 3: ODST, the latter putting him in the role of Corporal Taylor "Dutch" Miles. Baldwin also appears as a voice actor in Half Life 2: Episode 2 for various resistance soldiers and citizens. Along with his Chuck co-star, Yvonne Strahovski, he also appeared in Mass Effect 2, playing the role of Quarian marine squad leader Kal'Reegar.

Baldwin was born in Winnetka, Illinois, and studied at New Trier Township High School East in Winnetka.[4] He has three children with his wife, Ami Julius.[5]

He is a supporter of Ride 2 Recovery, a bike-riding organization set up for the rehabilitation of wounded veterans. He participated in the 2009 "Don't Mess With Texas Challenge" bike ride.[6][7]

Baldwin is not related to the "Baldwin brothers" (Alec, Daniel, William, and Stephen).

Politically, he states that he re-examined his liberal views after being given a copy of David Horowitz's book Radical Son.[8] He now considers himself a "small government conservative libertarian",[9] and has contributed to The Huffington Post.[6]

Baldwin has sometimes been credited with originating the hashtag #GamerGate near the end of August, 2014 by posting the hashtag on Twitter alongside a pair of videos that, as part of wider criticisms, repeated earlier debunked allegations against Zoe Quinn and Nathan Grayson[12][13]

His role in the GamerGate controversy led to a petition to prevent Baldwin from appearing as a guest at the Supanova Pop Culture Expo in 2015.[14][15] The convention's management decided to keep Baldwin as a guest.[16]